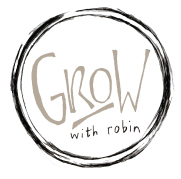 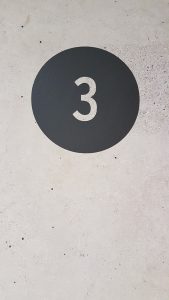 In the summers, I swam for Rally Aquatics Swim Club at Kings College five mornings a week from 8:00 – 10:00. I was ten years old. It was a big deal. Each day, our coach, Mr. Shaughnessy, wheeled a chalkboard out to the middle of the pool deck, and I’d start to get nervous. The entire workout was written on it from top to bottom. It was so hard. I didn’t think I’d get through it. We wore the same uniform swimsuit each year, but the team shirt changed each season. They had the coolest sayings on the back of them. This year’s saying was Instant Swimmer, Just Add Water. I was a superhero. It was the best part of being on the swim team. Wearing that shirt around town was like a badge of honor.

The women’s swim team locker rooms at the college were standard as far as locker rooms go, but I loved hanging out in them. I would pretend I was an eighteen-year old living away from home for the first time. We were assigned our own lockers for the summer, and mine was next to Anne Michael’s. We wore our team shirts and left them in our lockers during the workout.  After one crazy hard session, I came back to my locker and felt my stomach drop. My shirt was not there. I searched everywhere, opening all the other lockers and checking the bathroom stalls and shower room. I was beside myself. I reached into Anne Michael’s locker and swiped hers.

Anne Michael’s mom was large and intimidating.  When Anne Marie cried and told her mom that her new team shirt was missing, she turned into a bulldog on a mission. At first, she casually asked around about the missing shirt, but she soon started getting more aggressive. She spoke with all of the team members, coaches, and parents. By the time she interrogated me, she was impatient and demanding. I was in over my head. I froze and told her that I didn’t take the shirt.

It didn’t stop there. She continued to chase down the coaches and other teammates. She circled through the parents and eventually back to me. I was scared out of my wits so I stuck with my first answer and told her that I had no idea what happened to her shirt.

My parents called a family meeting. The three of us sat down, and my mom and dad asked very calmly, “Robin, did you take Anne Michaels’s shirt? We will support you. We need to know if you are telling the truth.” In my head, I thought, Here’s the truth: I’m so far into this that the prospect of saying I’m the one who stole the shirt is like me getting eaten by a wild dog. I stuck to my story and lied to my parents.

My mom and dad fulfilled their promise and went to bat for me. They had some intense phone conversations with Mrs. Albertson, letting her know that I didn’t take Anne Michael’s shirt. It didn’t go well. Their family excluded us from the swim team social events they hosted during subsequent summers. It was a bummer and very uncomfortable.

Forty-four years later, I’m at a life coaching weekend workshop. We learn that lies have an adverse impact on our lives. For homework, we had to confess a lie to one person.  The t-shirt suddenly popped into my mind. It brought me back to feeling scared out of my wits, just like when I was ten. I called my dad. I swallowed, took a breath and said, “Hey Dad, I’m in this life coaching workshop, and I have an assignment to confess to a lie.” “Okay,” he says. I hesitate and then go on, “Do you remember that Instant Swimmer, Just Add Water t-shirt?” “I sure do,” he says.” I blurt it out. “I took it.” There was silence.

Three profound words is all it took.